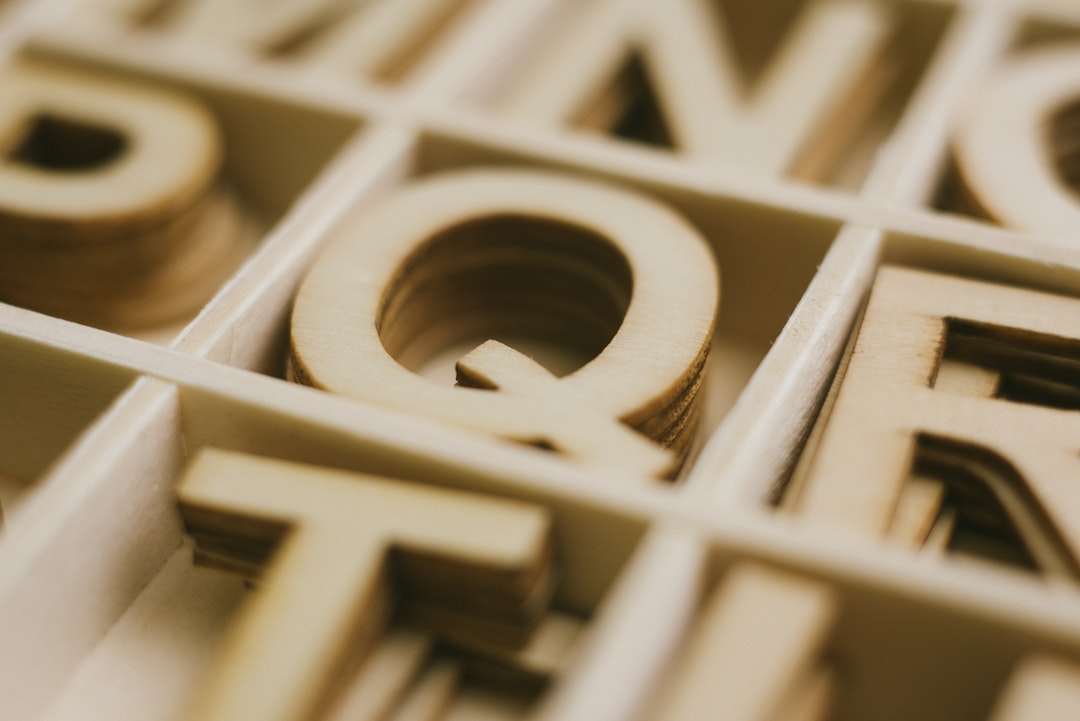 Think font logos are all the same?

Some logos remained the same for decades. However, if you want to stay relevant in today's mobile age, it's time to step up your game.

You need an animated logo. Google set the precedent only a few years ago with their animated branding and now every business has to try and keep up.

But the animation is only one part of the process. To make it look amazing, you also need to know how to pick a font. Font type, size, color, and clarity affect whether your logo will deliver the branding impact you desire.

Not sure how to pick a font that works for your intentions? Don't know what elements to look for or what properties make up a great animated font type?

To help you out, here's our list of 7 important factors to consider when picking fonts for your logo:

1. Clarity is a Priority

Whether animated or static, a logo has to bear clarity. Some business logos tried to be complex and sophisticated but this backfired, leading to inappropriate-looking images.

Avoid this by picking a font that gives enough space between letters.

This means discussing whether you should use proportional or monospace fonts. Monospace is better for long phrases because the letters are better grouped together to form words. Proportional font types are better for short words in an animated logo.

Regardless of what font type you choose, make sure to keep it simple.

You don't want to go with font types like Old English or Lucida Handwriting. They can look fancy, yes, but they're also too cluttered. Not only does their design make them hard to read but also difficult to properly animate.

It's for this reason that many animated logos stick to bold, strong font types. Helvetica Bold, Futura, and Franklin Gothic are some of the most popular choices. Google itself, for its own animated logo, uses a custom-made sans-serif type similar to Futura or Helvetica.

Don't pick a serious font type for your animated logo simply because it looks "business-like." There's no such thing as a universal choice for all logos. What works for some businesses won't deliver the same results for yours.

A font type that reflects your theme is a good font for logos to use, both static and animated.

Going for something friendly? You might want to use a font type like Cooper. If you want something a little chic then go for fonts like Century Gothic.

You should also think about how the animated version of the logo will reflect your business' personality too. Will the letters look fine when moving or as they pop in and out of the scene?

Serif fonts have a tail and sans-serif fonts don't. The prior give off a classic, more "business" type of aesthetic but they don't work well in animated logos. More often than not, the letters are disproportionate to each other.

A lot of companies are adopting this more modern, friendlier look. Facebook, YouTube, and Google are some of the prime examples.

When learning how to choose a font for your logo, you also have to think long-term. Don't pick a font because that font type is trendy right now. In five more years, you might get laughed at for sticking with an outdated look.

Go back a decade and it's easy to see how Comic Sans spread everywhere. Nowadays, however, companies that use Comic Sans appear amateur and unprofessional. Animated logos using Comic Sans look like a person's first attempt, not like a finished product.

Want a great example of a text logo that remained fairly the same throughout the decades, showcasing the design's longevity? Look no further than Coca-Cola. Their logo has been the same since 1887.

Uncertain about your design or the font you chose? Take some time to study the competition.

At first glance, they may all look different. FedEx, DHL, and UPS may all showcase different designs but look further and you'll see similarities. They all use sans-serif fonts and they all use contrasting color combinations.

DHL and UPS also space their letters evenly. FedEx keeps the letters bunched together but this is for effect, to create the hidden arrow between the E and X letters.

You may find similar traits in your competitors' animated logos. Do they all use sans-serif fonts? Are they all proportional fonts or do they all play tricks and swirls with a certain letter?

7. Look at Your Logo in Motion

Last, but certainly not least, you have to try your font choices in motion. Your font might look great in a static logo but moving them is a different matter entirely. Get on Adobe After Effects or Animate to try a quick test.

Take time to animate a few logo variations using different font choices. Yes, it will take more time to accomplish but you'll get to see which version works best.

You can go one step further and conduct A/B testing with selected customers. Getting feedback from consumers regarding your animated logo will provide even better insight into how effective the font choices are.

Learning How to Pick a Font is Only the Beginning!

Now that you know how to pick a font for your animated logo, you have to start animating! As mentioned, you should conduct a few A/B tests to see which font works well and with which animation style.

Don't know how to create an animated logo or intro? Do you have an idea but not sure how to pull it off?

We got your back. Check out our guide here to get started making a great animated intro!