What is your association with an early or old animation? Probably not Iran from some 5,200 years ago. However, this is exactly what scholars have added to the timeline of animation after the recent findings at the archaeological site of Shahr-e Sūkhté in Iran. We bring you the story about this great discovery of old animation. 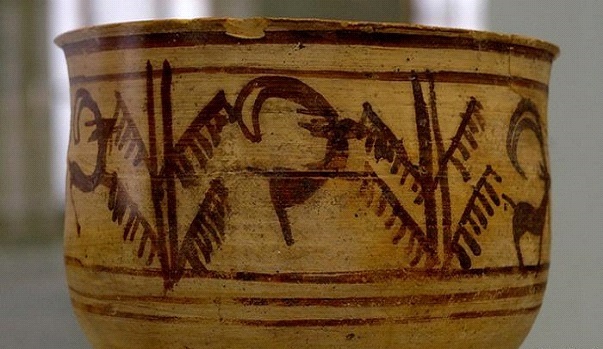 Shahr-e Sūkhté: A birthplace of animation

The 1908 hand-drawn animation Fantasmagorie by Émile Cohl, the 17th-century magic lanterns or the 18th-century flip books are some of the first memorable outlets in the world of moving images. This, however, does not mean that the interest in animation started with them. It actually goes further back in the past than we expected at first.

Animation is generally defined as the process of making the illusion of movement by rapidly displaying a sequence of slightly differing images. This process was not always available due to technological limitations, but people found different ways and materials to help them circumvent the technical obstacles.

One of the unlikely places to find early experiments with the illusion of movement is Shahr-e Sūkhté or the Burnt City in Iran. This Bronze Age settlement is located near the south-eastern border of the country and has been put on the UNESCO’s list of protected world heritage in 2014.

The artifacts discovered on the site are strangely incongruous with other civilizations found nearby, but nonetheless, show a high-level of mastery and innovation. An artificial eyeball, the oldest known backgammon game, a skull with the evidence of brain surgery practice, and a dice, are just some of the discovered artifacts that show the innovative spirit of the location’s former inhabitants.

A Goat’s leap into the history of animation

Among the discoveries is also a relatively small ceramic vessel with a sequence of similar illustrations showing a goat as it leaps up to nip at a tree. Following the discovery, the illustrations were copied, cut into frames, and digitally combined into an animated sequence numerous times. The popularity of the goblet soon skyrocketed, and this remarkable object with its illustrations soon became hailed as the great example of old animation.

You can check how one of the versions of this old animation from the goblet looks like in the video below.

Old animation and its controversies

This remarkable discovery at Shahr-e Sūkhté didn’t go without some controversies. Various interpretations soon appeared, including the bogus one in which the illustrations were linked to the Assyrian myth of the tree of life and a goat. It was pointed out later that Assyrian civilization appeared some 1000 years after the goblet was created.

Others questioned if the images from the goblet can be associated with animation at all. They were, after all, found on a static object which purpose was more utilitarian than artistic. According to these voices, we can only call an animation works that are created with an intention to indeed animate something or someone.

Regardless of the disagreements, the vessel from Iran adds to the wonderful history of different attempts to create the illusion of movement from inanimate objects and drawings, and will be remembered as the most remarkable old animation to be found.