HD, Full HD, 2160p, 30 fps or 25 fps? We explain here the most common resolution types and fps for video editing, so read through and get yourself acquainted with the math behind the moving pixels! 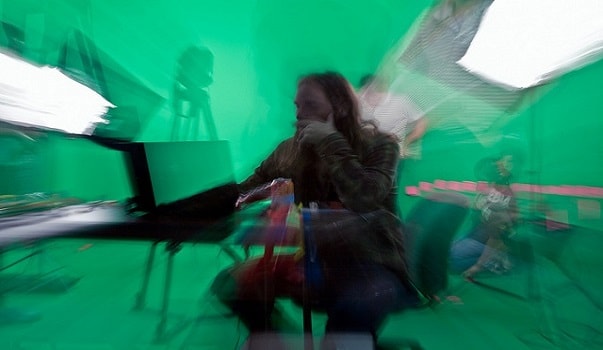 The term ‘resolution’ is widely used as a common word that stands for the number of pixels per unit of area, like dpi (dots per inch) for printers or ppi (pixels per inch) for digital screens.

The more ppi, the more details are visible. It's like in the latest smartphones that pack super high amounts of pixels per inch, resulting in the ultra-clear images and graphics.

Dimensions of a screen, video, or image are always defined by horizontal and vertical pixels (width x height), also called the lines, resulting in numbers such as 640x480.

For simplicity, those numbers are usually abbreviated as 480p, 720p or 1080p, and always refer to the second number: the height or the vertical pixels/lines.

When choosing the right resolution for your intro video or film project, keep in mind that HD resolutions differ in displayed details on different screens, depending on screen size and viewing distance.

So think about the devices on which your audience will watch your content when creating. Will it be on a TV, a laptop, or on a mobile device?

Video resolutions fit within the specific aspect ratios of physical screens. Until 2003, the most common aspect ratio was 4:3, remember the good old TV's from the 90ies?

With the introduction of the high-definition (HD) resolutions such as 720p and 1080p, the aspect ratio became 16:9 also named widescreen, and was established as the new worldwide standard by TV industries and laptop screen manufacturers.

Widescreen 16:9 is also the most commonly used video production format nowadays and all online video platforms like YouTube or Vimeo have adapted it as a standard.

With the rise of social media, further uncommon aspect ratios have been introduced, like the Instagram square 1:1 ratio or 9:16.

The most commonly used video dimensions/resolutions are:

Nowadays both are web video standards for low-resolution videos, compressed videos for quick streaming, or videos commonly made for devices with low bandwidth.

The resolution of 480p is approximately broadcast TV quality before HD television was introduced.

This popular video resolution, referred to as HD, HDTV or Small HD, is of 1280x720 pixels.

It was the first high-definition format to be introduced around the year 2003 and is the most popular video resolution for quality content on Youtube.

With dimensions of 1920x1080, this resolution is called FHD or Full HD and is another notch up in quality and crispness in comparison to the previous one.

It’s the most widespread resolution in professional video production around the globe, and popular TV screen resolution today.

Traditionally used in movie theatres, 4K nowadays can be found on the latest TV monitors and high-end smartphones.

Youtube also offers its users 4K resolution for playback. 4K stands for the 4000 pixels width, but with the rise of 16:9 HD television the 4K standard was defined at 3840x2160.

For that reason, we don’t see many 4K video productions yet. They’re simply too expensive to make.

Even though many phones offer 4K video recording, the entire video postproduction including editing, motion design, vfx, etc. becomes an extremely resource-consuming task and is therefore only accessible to big-budget productions.

Ultra High Definition stands for any screen or imagery that is larger than Full HD, so it’s a general marketing term for 2K, 3K, 4K, 8K and above resolutions.

Now that you know what professional HD resolutions are and how to use them, there is one more important thing you should be aware of: the framerate.

FPS, frames per second or just frame rate, is the rate at which the images or frames are displayed consecutively.

Simply put, the more images per second are displayed, the more fluid the motion looks to the human eye.

Movies are usually projected at 24fps while for video the usual rates are 25 fps and 29.97 fps. There are also other frame rates, such as 50 or 60 fps or even higher.

You should be careful when choosing fps for your video productions, as you need to keep it compatible with your project or camera settings.

A major mistake would be to import a 25fps video into a 30fps editing project or vice-versa. This would result in visible jumps in your video.

Be aware that a conversion from one fps into another is not possible without quality loss, as even the very best converters will show corrupted or pixeled frames with fast movements or cuts.

That’s why it is crucial to only mix "native" frame rates. Native stands for individually created content at a certain frame rate. However, there is one exception.

Historically, 25 fps was used mostly in Europe and 29.97 fps mostly in the US and Japan. There’s no difference between 29,97 and 30fps, but if you really want to know more about this, check out this excellent explainer video made by Matt Parker.

As described earlier, converting a video from one frame rate to another is not possible without losing quality, and it often includes errors and unwanted visible side effects. Any software that promises to do so is bluntly lying, or is not intended to produce professional results.

The fact is, professionals always work within a native frame rate and keep it consistent in all footage, video project settings, and camera settings, so no conversion is necessary.

Video resolutions, fps, and aspect ratios all define how your video will look like. While some aspect ratios such as 4:3 are outdated, they can still be applied if you need to play your video on specific devices.

Video resolutions changed over the years as well, with 4K being one of the highest standards offered presently. In deciding on these aspects, keep in mind where your video will be played, and the general standard that will work the best for you.

So now you know the basics of video resolutions and fps that should help you set your project to the right format from the start, and let you focus on telling great stories!