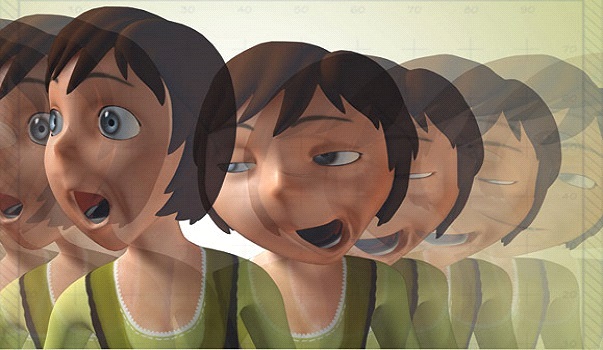 The bible of Animation

The story goes like this: Nine ‘old men’ from the Disney Studios considered once how to make their animations more realistic and persuasive. They tried different options, exploring possibilities and testing their skills.

What they learned during this process they later systematized into 12 principles, published in The Illusion of Life: Disney Animation book that came out in 1981. The book is considered to be the bible of animation today, and its authors – Ollie Johnston and Frank Thomas – are regarded as the animation geniuses of the 20th century. 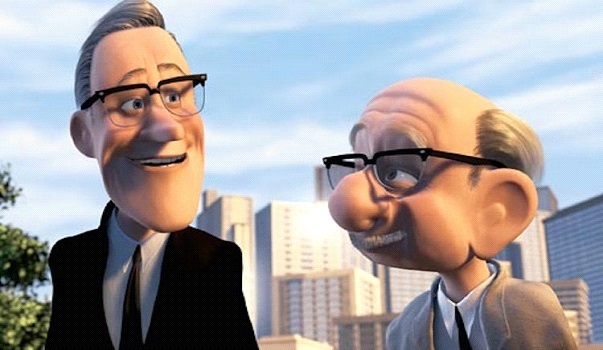 Frank Thomas and Ollie Johnston in The Incredibles. Image via churchmag.com

The famous Nine Old Men, as they were later called, were not actually old at the time. They were young enthusiasts who strove to achieve the most realistic results in animation as possible.

Their results were so impressive that they were soon regarded as authorities in the discipline, thus earning the title of Nine Old Men. The Nine Old Men moniker was borrowed by Walt Disney from Franklin D. Roosevelt, who used it to describe his Supreme Court judges

The 12 principles of animation explained

This is the most important principle that adds the illusion of weight and volume to a character or object. It is used also to create facial expressions.

Every important movement or action has an anticipatory movement that precedes it. Anticipation prepares the audience for the action and is often used for comic effect as well.

A scene should clearly show the intention, attitude or mood of the characters. This should be achieved through the careful staging of the scene through shots (medium, long, or close up), character’s poses, camera angles, or frame rate.

Fast scenes should be done with a straight-ahead animation where each pose in action is drawn separately. Weight, volume, and proportions could be lost in this process, but the animation will look fresh. Pose to pose animation relies on a few key poses while others are filled in later, and is used for more emotional scenes

Timing is crucial for this principle to be effective. Follow through means that the body parts and clothes or hair of a character stop to move a bit later than the core of the body while overlapping means that these elements move at different rates and should be represented as such.

More drawings or frames should be made at the beginning and end of a pose than during the movement itself. If you are going for a shock or gag, skip ease-in or ease-out poses.

Movement of animals and humans depends on a slightly circular path or arc (a swing of an arm, head turns etc.), so use it for a more realistic movement in animation as well

Some additional movements of the body parts, clothes, or any other elements add to the main action or movement. They are considered secondary actions, but they also work together to support and complete the main action. Do not skip them.

You can add more or fewer frames to one movement – the more you add, the movement will look slower while the fewer means that it will look faster. This is a trial and error principle so play around until you master it.

It is important to stick to common sense and taste when it comes to exaggerations. This principle will help you achieve the style you need, being it more realistic, comic, dramatic etc.

You can give your drawings a three-dimensional effect if you stick to this principle of solid drawing. Use it to create a solid volume, weight and form for your characters.

You can make your character appealing if you use clear design and personality development. Being either a hero or a villain, your character needs to be perceived by the audience as realistic and intriguing. If you can make this happen, then you have achieved your goal.

Principles of animation for your own work

Although today we mostly use computers in animation, these principles of animation devised by Disney’s Nine Old Men are still applicable and extremely helpful for creating high quality video animation.

You can also check how these 12 principles of animation look in visual form, in this great video by Vincenzo lodigiani.

Regardless of what type of animation you create, whether its motion graphics, 3D or stop-motion, you can surely find some use of these principles in your work. And if you are into character animation, you can’t go wrong if you apply them. The Disney Studios brought a visual revolution in animation, so having their teachings as your guiding points will surely boost your work to the next level.